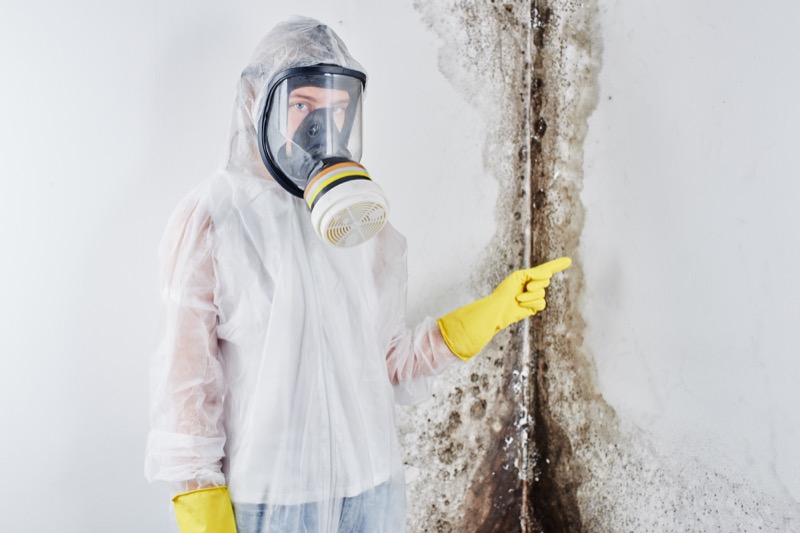 Mold and toxic dust are a big issue in many parts of the United States.  The following article describes some major issues people and communities face when they leave toxins and fungus to go untreated and undiagnosed for too long.

Get Expert Advice and Service Today

“New York City’s housing authority promised in June as part of a landmark legal settlement to correct years of maintenance failures, mismanagement and cover-ups that federal authorities said had exposed 400,000 public housing residents to lead paint and other health hazards.

But on Friday, the United States attorney’s office severely criticized the authority for failing to live up to a key part of that agreement, or consent decree: a promise to immediately take precautions in thousands of apartments to protect residents — including children — from toxic dust and other hazardous particles that are dispersed when workers strip or seal lead paint.

The government took the New York City Housing Authority, or Nycha, to task in a court filing for failing to follow safe work practices and for not letting the United States attorney’s office know the authority had been violating its promise until officials asked. Then, the government said, the authority had argued incorrectly the agreement did not impose a deadline for adopting the safety guidelines.

“This effort to excuse Nycha’s clear-cut violation of the consent decree is consistent with the culture of apathy and deception, and demonstrates the need for independent oversight,” the office of Geoffrey S. Berman, the United States attorney for the Southern District of New York, said in the filing.

The judge overseeing the case, William H. Pauley III, still must approve the proposed settlement, which provides for a court-appointed monitor to oversee the reforms. He had set Friday as a deadline for motions regarding the agreement.

The housing authority, in a letter attached to the government’s filing, disagreed. Nycha has “not violated” the requirements of the agreement, the authority’s interim chairman, Stanley Brezenoff, wrote in August to Mr. Berman, “but rather has been working on them from before the consent decree was signed.”

Lawyers for the city and the housing authority were expected to make their own submissions to the judge by the end of the day on Friday.

Problems at the city’s housing authority, the nation’s largest, have engulfed the early months of Mayor Bill de Blasio’s second term and have threatened his image as a progressive leader whose administration has improved the lives of the city’s poorest residents. The mayor, in response, has overseen a change in leadership at the authority and presented the signing of the settlement with the federal government — which included a commitment of at least $1.2 billion in new city spending over five years — as a positive outcome.

Jasmine Blake, a spokeswoman for the housing authority, said in a statement late Friday: “While the federal government has walked away from their financial responsibility, the mayor is committed to helping Nycha with the most funding from the city in generations.

“We will continue to work with the mayor as well as the federal monitor, when appointed, to ensure public housing exists for this generation and the next,” Ms. Blake said.

The government’s investigation, which resulted in the settlement, found hazards such as mold and pests. It also uncovered evidence the housing authority leadership had systematically thwarted federal officials during routine inspections and had falsely certified that mandatory lead checks had been completed when they had not.

Since June, the de Blasio administration has been forced to make a series of painful public admissions: that the authority’s lack of compliance with myriad federal rules might have been greater than previously disclosed; that 1,160 children had tested positive for elevated lead since 2012, far more than previously acknowledged; and that, even as the city was negotiating its consent decree, the authority was not following new federal rules put in place last year related to lead paint inspections.

Last month, Mr. de Blasio ordered lead inspections for 136,500 public housing apartments — well over half of the units in the sprawling system.

“Once the problem of lead became clear, we acted on it, owned it, did everything possible to address it,” the mayor said last month, referring to the failure to inspect for lead paint hazards that began during the Bloomberg administration and continued through much of Mr. de Blasio’s first term.

Mr. Berman’s office said in its filing on Friday that the “immediate need” for a monitor was “underscored by Nycha’s conduct since it executed the consent decree.”

“Absent oversight from a monitor charged with policing Nycha and directing it to achieve compliance, Nycha will continue to violate the law and put residents at risk,” the government’s court papers said.

The filing said that the housing authority had agreed to comply with the work practices without waiting for the decree to be approved.

But, on Aug. 3, Nycha officials, only after being asked by federal officials, admitted they had not adopted the safety practices and did not anticipate doing so until early 2019, the filing said.

The filing also quoted from some of the more than 700 public comments submitted to Judge Pauley related to the consent decree, mostly from residents subjected to black mold, chronic leaks, broken elevators and heating systems, and children with elevated levels of lead paint.

“One resident with disabilities, for example, described a ‘horrific nightmare’: the continual leak of raw sewage from her bathroom ceiling — not repaired for months,” the filing said, adding that she had to use a bucket to catch the sewage.

Another resident said heating failures last November made her apartment so cold that a nurse who cared for her had to leave “because she couldn’t stand how cold the apartment was.”’

A version of this article appears in print on Aug. 31, 2018, on Page A16 of the New York edition with the headline: U.S. Castigates Housing Authority, Saying Toxic Dust Still Threatens Residents.

Courtesy of The New York Times

Do you need an expert?

Our environmental health professional will help guide you through your air quality problems, no matter how severe.

Let us know how we can help you!

We operate in an industry built on trust. From basic questions to complex air quality issues, we’re here to help! Leave us a message and our team will get back to you as soon as we can. *PLEASE CHECK YOUR SPAM/JUNK EMAIL FOLDER IF YOU ARE NOT SEEING A RESPONSE FROM US IN A TIMELY MANNER.